If you love VW Campervans as much as we do here at GG, you would have enjoyed a real treat if you managed to catch the latest episode of George Clarke’s Amazing Spaces (Ch4 Thursdays at 8pm). The episode followed Shropshire couple Polly & Mark as they renovated a wonderful split screen 1967 campervan and the transformation was epic – and in our opinion, worth every penny of the £48,000 the couple spent!

Polly and Mark sold up their 4 bedroom home and moved into a static caravan to provide the £40k funding they required to renovate Matilda, with the aim of being able to spend 4 months of the year travelling around Europe and the UK.

As such, the couple realised that it was important to get Matilda’s interior to really work for them, which led them to remove the metal bulkhead located behind the front seats so that the passenger front seat could swivel round. The VW campervan purists out there may have frowned upon doing so, but it enabled the couple to sit facing each other when dining, and made the interior work much better for Polly and Mark.

Roof bellows provided a staggering additional metre of head height when the roof was raised, allowing as Mark put it “to put your trousers on standing up”! George despite being a fairly tall chap, was able to stand with quite a bit of space above his head, and the added height must really create a spacious feel to what is, let’s face it, quite a small space! Talking of small spaces, it was incredible how much fitted in! Not an inch wasted, with storage located to the back of the van and under the bed. 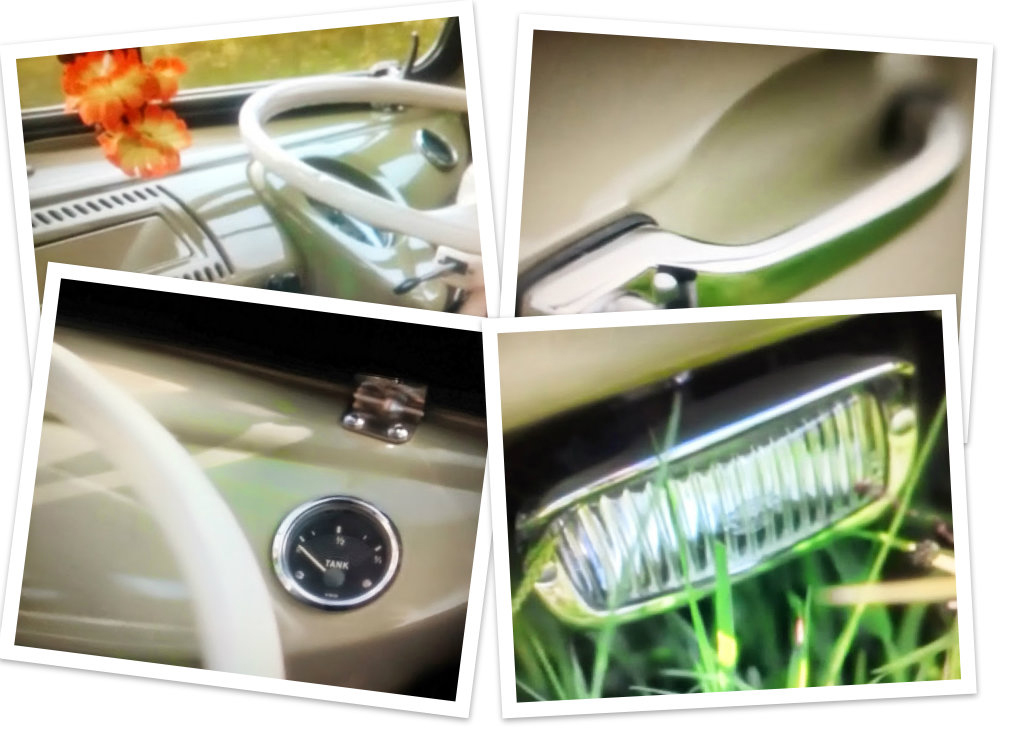 The attention to detail was staggering…from the ‘new old stock’ door handles (£150 each if you please!) to the original chrome tail lights, you can see how the couple managed to go £8k over budget! Truly a labour of love, with Sally tracking down the original fixtures and fittings such as an original 1960s Osocool frige/cooler made from alabaster and aluminum and the most darling sink, edged in wood, with a little pump tap and even boasting the original plug!

And oh the end result! Looking like it had just stepped off the VW factory’s production line, Matilda gleamed in her lovely new paint job, each bit of chrome looked brand new and not fogetting the engine, which also looked like it had just been made!

It was a great TV moment to see how much Matilda meant to the couple upon the completion of the renovation, and it looked like George was mightily impressed too, when he told the couple Matilda was “one of the most stunning camper vans I’ve ever seen”.